History of R1a and R1b from the Bashkir epos Ural 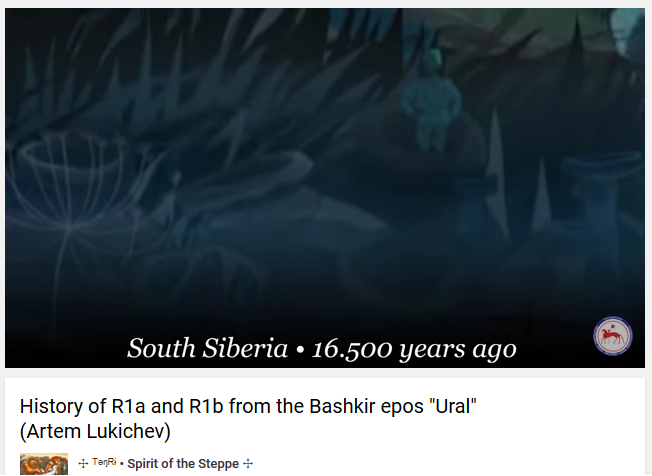 R1b „Lunar the cult of the moon” – the main material, the female principle.
R1a „The cult of the sun” – the main spiritual, the masculine principle.
Therefore, it is for example the west spawned such phenomena in the world as racism, fascism. At R1a it was not. Many spiritual teachers were R1a – Buddha, Zoroaster, and others. R1b went the way of the material, techno-development. A R1a took the path of spiritual development. As is now the world’s most important equipment and supplies – the world was conquered by R1b. But. One of the sons R1b – also chose a spiritual path – his name Hakmar. Hakmar also choose solar cult, although his father was R1b (Shulgan).

Ex oriente lux – „Light comes from the East” … and transforms the world.

Cited in Palmer, op.cit., p. 86; among the Yakut, northernmost of the Turkic peoples, bright, creative spirits reside in the east, and dark, harmful spirits in the west (ER, XV:493–494).