Sometimes a pictogram or a mystery – so called rebus, or a typically typographic structure meets all the required demands to make a code message. Here is the message  Wawel – published on the author’s http://budysie.republika.pl . The author of the message – Szymon – is a computer expert by profession and the following message is simultaneously a perfect code message and pictogram.  At the same time, it is an inspired religious, holy – even prophetic – information of exceptional depth. Here it is: 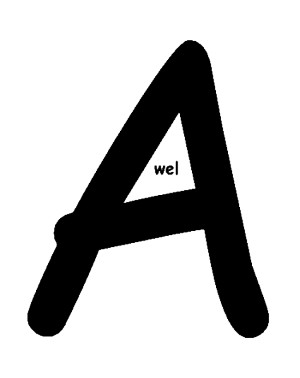 It is just like that in this case, though we could suggest letter W more to give the  A sign a shape of a written capital letter, i.e creating letters in the beginning and in the end at the top of the exit base. It would complement this message in a clear-cut way directing the thought towards knowlegde coming from historic context of the ”w” sign.

The historic context and background which mean inveteracy of the ”w” sign because this sign is an exclusively Slavic letter which came to alphabets of other languages. Its origin lies in the meanings like Wela – the Land of Gods and the Dead, the Afterlife and Wąwel – denoting entering Wela (w = in – w-Wel, W – owąż – Wel wejście <wejście = entrance>) which means Entering the Afterlife from the Mountain top, and also a way to the Afterlife to Mount Wąwel through Wąwóz (WW) <wąwóz = ravine> – curving corridor leading to Mount Wąwel – reaching Wela at whose foot lives  dragon Wizunas guarding Wierzeje <wierzeje = gates>. There are many W letters here, aren’t there? Moreover, they are in duplication – double W (WąWel, WąWóz – the duplication always emphasises  holiness – VV makes letter W which means holy V, bigger V). 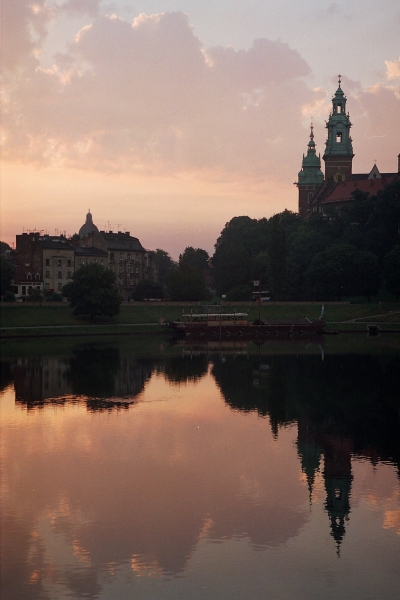 Wela – means both: wiele (wiele = many, a lot of, lots of, plenty of) and wielki (wielki = great, huge), remember that wielki = biały (biały = white) – because Slavs’ Gods inhabiting Niwy Weli are Welowie, Welanie – Wielcy (wielcy = great), and also others living in Nawia Wela – in the Afterlife World – are our Great Ancestors. 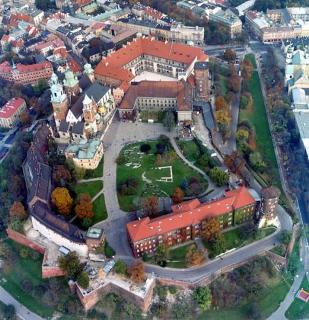 Top view – the river flowed past the hill before – flowed down the street on the right, then across Dietl Stradom streets and Starowiślna (hence the name of the latter street) – was part of the current riverbed beyond Kazimierz district on the border of Podgórze (i.e. Krakotyn – the headquarters of the White Raven Lasota and Czarodana) where today there are III Bridge and Kazimierz Gallery nowadays.

The meaning of this sign is super serious for Faith of Nature and it has lots of cultural dimentions of deep prehistory of Slavic Culture and the deepest layers of the national subconscious self of all the nations deriving from the Slavic-Scoloti stem. 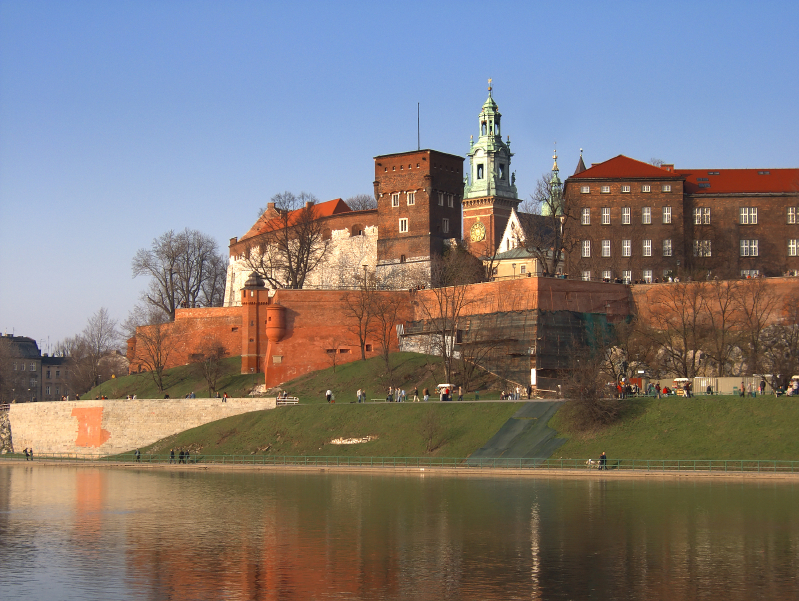 Within the walls white stone was used. This stone imitates the stone of the rock on which the castle   stands

But even without such special shaping of letter A so that it suggest W more strongly as a written form ”pis” (like on like Easter eggs) the message is perfect because, here, we have suggestion of letter W achieved  through placing the lettering wel inside A, i.e. in A.  Moreover, the wel element put in the middle gives a full meaning of the mythical entrance through Wierzeje (Gates) to  the afterlife world as it is known that from the top of Szklana Góra led the underground entrance to the cave. To help the dead could easily come into the Afterlife (go all the way up and down) –  Slavs provided them with ritual baked goods placed in the tombs of the ritual – bridges, ladders, etc. 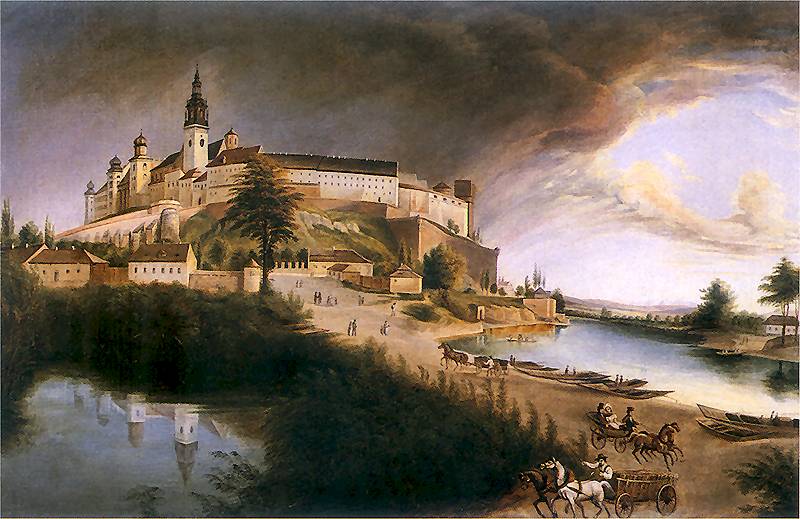 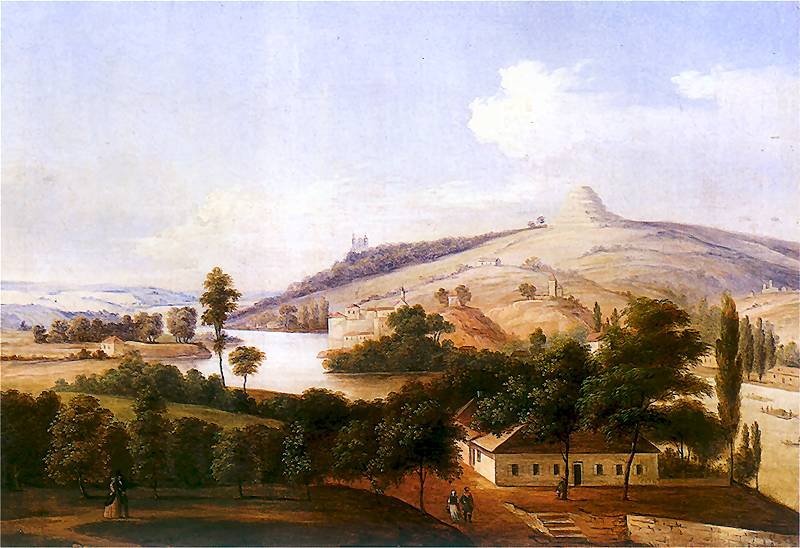 People who do not know Faith of Nature will not understand the full meaning of Mount Wawel, will not comprehend why it is so significant and really holy, and that it is the Holy Mountain of Slavic People,  and why – for 100%, or even with more certainty – it is a Chakra of Earth. 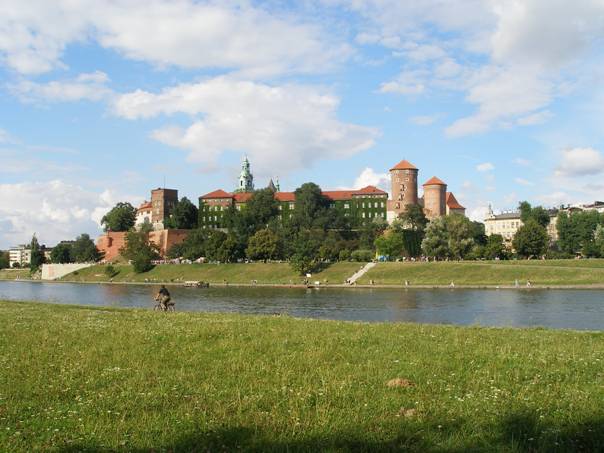 From  the green plane, from the bottom of the vast valley that has many square kilometers, from  meadows and wetlands, and marshes of the Vistula River in the bend –  here there is also the tributary of the Vistula – Wilga (the name of this river is not coincidental) – rises a  white limestone rock with a gate to which the entrance is on the top of the mountain and the exit at its base – here you can see a white brick promontory.

Wawel Castle in Kraków is the earthly embodiment of the Holy Mountain of Slavic people –  because it is the mountain growing out of Earth and Water at the same time, because the white rock bursts in the sky in the middle of an oval basin (where  today lies all the great city stretched evenly around the Castle), because  it is a huge – wela (wela = wielka = huge, and white) – mountain and rock on the plateau. The mountain and rock stick out of the plane like a Navel of Earth from its  Belly (Skoł-Sim growing out of  the black marsh and greenery of  the meadows) – today you can not see it as well as before because the mountain is built up and walled with the castle (zamek – zamyk; zamek = castle) – only where the Dragon’s Den is placed can one see  the white rock verging straight on the water of the Vistula River (Wisła = Vistula) – the river which has W in its name.

At its top, the mountain has the entrance to the cave leading with sloping corridors (before it was possible to reach the corridors from the top using only ropes, ladders and bridges) to the foot of the mountain, on the very water or straight to the water (if its level is higher like in spring).

That is why the mountain is abode of the mythical Drak – Krak – Dragon – kagan – priest, king and saint – Governor of the Gods on Earth, i.e. the king. It had already been the home of kings-kagans in the distant, very distant past, not so much of  Polish kings, but the kagan of the whole SIS Kingdom – Wharat (Bharat, Haria or Harpątia known today as Karpatia, Welej Haria or White-Horia, Białochorwacja (Białohorpątia) because pąć, pont  means  a lane, a path – the word pątnik (pilgrim) comes from that. It is the same as wać, wąć,wić (twist, weave) – nić (thread), path, lane, but also wać – the holy thread of life from which life is twisted / woven, i.e. life is born. First it was Wela Haria (hara-gora – góra (mountain), but also hara – żar-ogień (heat-fire) – hence God’s name Hors-Chors – Brightening on the Night Sky) making up the central part of the enormous emipre of Great Scolotia-Scythia, and later Great Serbomasia-Sarmathia, and earlier Wenedawa, and then – much later – Lęgia-Lugia  from which rose Ślęgia and Polęgia, i.e. Śląsk (Silesia) and Polęchia-Lechia (the historical name of Poland) as well as Ługja-Łużja-Łużyce (Lusatia).

This mountain is a sacred place of Faith of Nature  not only for Slavs but also for people related to them – Ists, Scoloti and Serbomazowie as well as Dawanowie-Dagowie-Dachowie (Dakhowie-Dakowie <Dacians>, Drakowie-Trakowie <Thracians>, Gątowie-Getowie-Gotowie) and for Romaiōi (Greeks) and also for Kiełtowie and others, perhaps for all Aryans. We know that Hindus have been coming to the Wawel chakra for a long time because such knowledge is recorded in the oldest information about their faith –  in Vedas – that the chakra is here.

But we also know about priestly practice of  natural religion which meant descending from the top of the sacred mountain to the cave and staying in the Underworld in order to be  reborn and regain holiness or sanctification recovered  by the personal act – acquisition of divine qualities.

The holy re-birth and reaching out for sanctity through the act of entering the cave (Earth’ Belly) from the top of the Mountain submerged (or growing out) in the „W” odes took place on such mountains, and it is described by ancient Greeks who gave testimony in their chronicles of  ablution practices of priests.

Among them, they describe the case of a known Dacian priest – (Dracki, Odracki, Dagski?) Zalmoksis (we call him Żalmokszysz or Żarmokszysz) who came into the cave from the top of Kogajon Mountain (we call it Kagan-JAT), and spent several years in the afterlife, and then emerged as a holy man and a king-kagan, and ruled the tribe giving them the principles of faith and legislation.

The same theme is repeated in descriptions of the lives of a number of Greek priests, some of them recognised as gods. Note that the same natural, innate theme was taken over by Christianity in the same way by sending Moses to the top of the mountain and giving him the 10 commandments, i.e. the rules of faith and law – on the top of the Holy Mountain Abraham was told to sacrifice his first-born son whom God changes into the sacrifice of a lamb – an animal sacrifice – making the new sacrificial law.

The Bucegi Mountains (Bükk) are in Romania today, but once they were  in the  Polish Bukovina and Wallachia, where there is probably Mount Kogajon. I do not know whether there is a mountain like Wawel in the Bucegi at all which is of the same character as Mount Welska?

I know for sure that Wawel is the mountain where such a holy act could be made because it has all the attributes of a gate entry into the Afterlife World – in Wela. 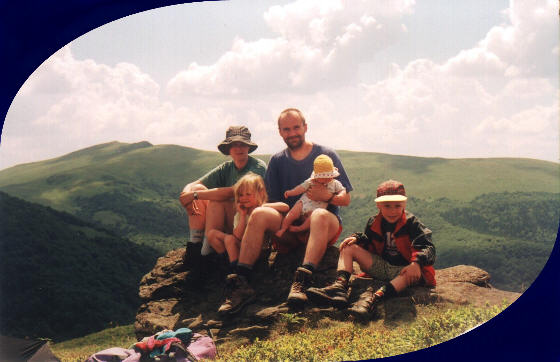