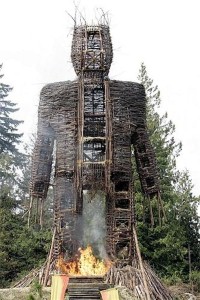 A fire festival in memory of a pagan fighter ignites the Lithuanian city of Vilnius this autumn.

Where there’s smoke there’s mythological creatures of all shapes and sizes ablaze around the river Neris (Vilnius’s natural fire extinguisher).

Flames reach higher than 12 metres as the tall straw structures burn and fireworks explode from their bellies.

The Festival of Fire marks the autumn equinox – when the centre of the Sun can be directly observed above the Earth’s equator. 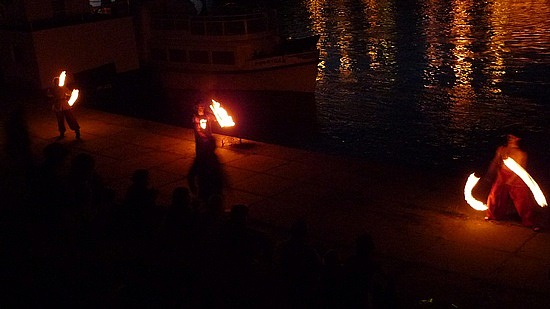 In ancient mythology it is a time when miracles can happen and people make sacrifices to honour the dead.

The Festival is a tribute to deceased pagan Lithuanian leader, Duke Gediminas, who fiercely resisted all attempts to Christianise his country. 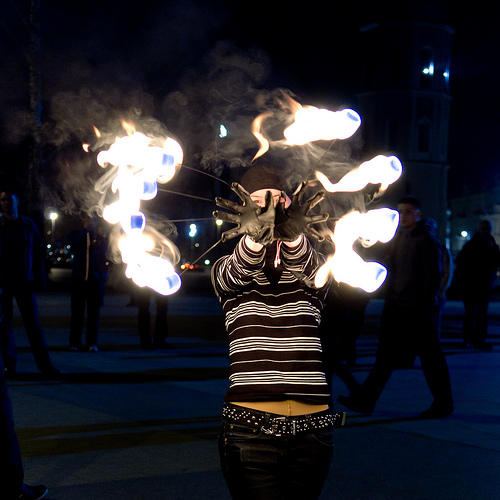 This was rumoured to be to maintain citizens’ rights and hold onto his lineage.

The equinox and festival is on September 22nd this year following on from the success of the Vilnius International Festival – entertainment in the Vilnius Old Town. 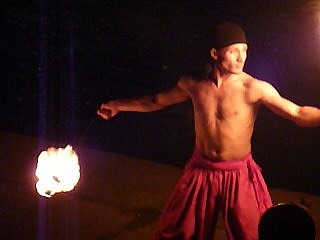 A large wood-and-straw artwork burns on the Northern Hemisphere’s autumnal equinox during the 2006 International Festival of Fire Sculptures in the Lithuanian capital of Vilnius—one of countless cultural events marking the first day of fall each year. 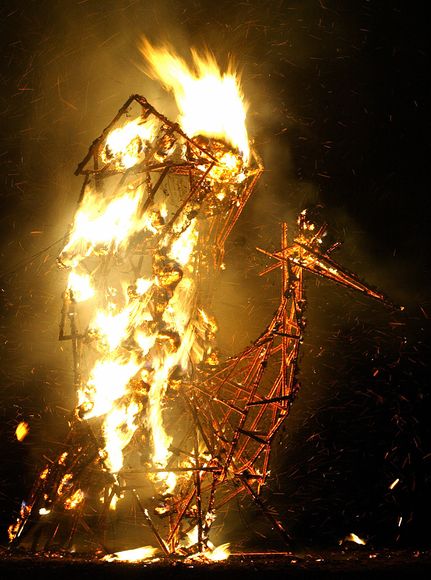 Featuring roughly four-story-tall representations of beasts from local legends and mythology, the roaring celebration, which began in 1991, commemorates Grand Duke Gediminas, who ruled Lithuania in the 14th century and is traditionally seen as a defender of the country’s pagan heritage. 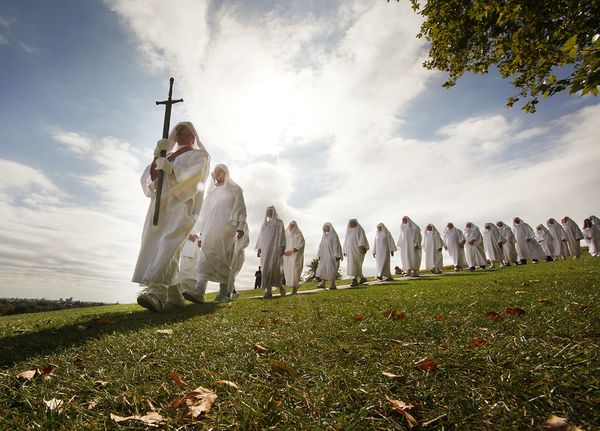 Modern-day Druids—who, like their ancient forebears put great store in solar milestones—mark autumnal equinox 2009 on Primrose Hill in London. For the vernal equinox, the pagan parade reconvenes on Tower Hill, site of the Tower of London. At summer solstice Druids decamp to Stonehenge.