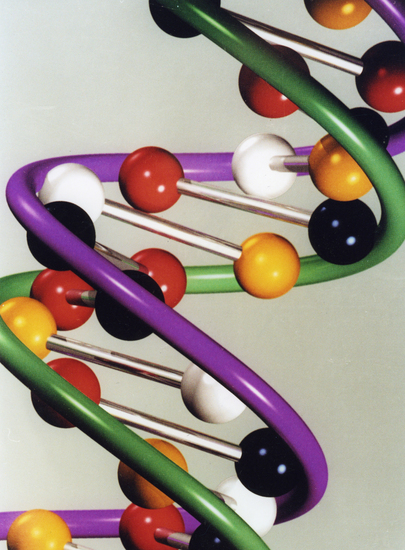 From the web page: eng.molgen.org in the Polish language:  http://eng.molgen.org/viewforum.php?f=183, following the topic of http://eng.molgen.org/viewtopic.php?f=183&t=546 where we find people  that we know from Histmag –  Wilmar, Lappa and others, we present the new table of the number of R1a in Eurasia, sent to us by Robert 13. We also bring up an article about identification using genetic tests of the colour of eyes and hair of the Woman fromTyniec (the skeleton dates back to the 12 th century). Her burial  was found in the saintly Abbey of Tyniec in the place where it should not have been found at all.  I recommend the second article particularly to those who still doubt about the accuracy of genetic tests, their quality, methodology, and about the value of cientists’ work.

It is exactly as Robert 13 writes and as I presented it in the previous article about the Zero Wave and Simultaneity. Exact science which means genetics, has brutally infringed upon the fields of knowledge traditionally occupied by humanities whose representatives have not got used to the fact that their structures of thought and logical balancing act allowing for freedom have been precisely verified by science. The representatives of these humanities still resist the possibility of  verification and they turn down the results against logic because these results deny their concepts. As a very wise person once said: ”New theories are approved not only for the reason that believers of old theories have accepted them and changed their views but because they have died.” It can be clearly discerned during present discussions. Many people among the present university staff who have professorial titles will die with an exclamation ” And yet the Earth is flat!”, and it will be only after their death that the irrefutable results will be accepted only because there will be nobody to shout that they are for nothing.

Or perhaps we approach this aspect too pessimistically? 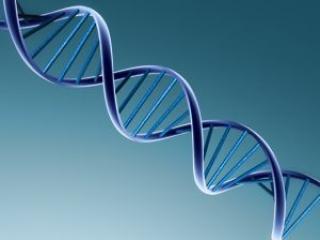 Robert 13 – The New Table of R1a Number in Eurasia

This is an excellent job done by,  among others, Tibor Fehéra – an administrator of the R1b-U152  projects and the Hungarian project – who, some time ago, announced research and forthcoming publication.

An amazing thing is that it is the first edition which spots the existence  and division of the R1a group into the main branches labled with Z93 and Z280 markers.
(the markers have been known for over two years!).
It is worth mentioning that just a month ago, dr Rębało’s publication from the previous month was discussed here. The publication, apart from the main marker for all the R1a M198 and for the M458 marker had not spot any new findings since the end of 2009 (!).
(Contemporary paternal genetic landscape of Polish and German populations…)

Edit: I attach the table of research results for those of you who have not had access to the publication – a bit corrected by me (added values % and a general share of R1a samples in 1300 of the researched results of the project)

The table of results

Bulgaria.  Although the project was about something different – in search of Dracula – we have at last sorted Bulgarian Y-DNA (according to the text, 98 people, I counted 100) where the M458 was used.
Long ago, in histmag I estimated – as it turned out basing on erroneous assumptions – that there may be from 30-50% of  R1a-M458 in Bulgaria in the rest of R1a. Y-Chromosome Analysis in Individuals Bearing the Basarab Name of the First Dynasty of Wallachian Kings

Robert 13 versus opinion: Citation: [I get the impression that there are fewer facts here than on pages about UFO.]

The mysterious woman buried in Tyniec Abbey in the 12 th century had most probably quite dark blond hair and brown eyes – Polish-Dutch research, in which a forensic method was used,  proved it.

Analyses with the use of this method also proved Władysław Sikorski’s eyes and hair colour.

The research was carried through thanks to HirisPlex – a system used to analyse the human genetic material (DNA), developed by scientists of the Dutch University of Rotterdam, The Krakow Institute of Forensic Expertise and The Jagillonian University.

The test was made for the needs of forensics. It helps to determine characteristic features of a culprit’s phenotype, i.e.  appearance, in this case – the colour of eyes and hair. Just a piece of body or liquid with a DNA trace suffices for analysis – a blob of blood, a bit of saliva or a bit of epidermis; they can also be bones.

The test uses the best 24 known genetic markers which indicate the colour of eyes and hair. Its creators selected them during earlier research. Even though a culprit is not known at all, the test lets  experts determine the most likely colour of his eyes and hair. The  avarage accuracy of the test is 94 per cent in the case of brown and blue colour of eyes;  69,5 per cent in the case of blond hair;  78,5 per cent – for brown;  80 per cent for ginger / red and 87,5 per cent for black. Moreover, 86 per cent can determine whether it is a European or someone from outside of Europe (excluding people from regions like the Near East).

Scientists were improving and checking the effectiveness of the test for a couple of years. In the latest article in ”investigative Genetics” (http://www.investigativegenetics.com/) they also prove that  it can be applied not only in forensic genetics and criminology, but even in archeology. ”We mean research on people known from hisotry like, for example, general Władysław Sikorski” – dr Wojciech Branicki  from The Krakow Institute of Forensic Expertise emphasised in an interview with the Polish Press Agency.

The results of the DNA analysis coming from his tooth proved information known from historic records and they agree with his apperance presented in pictures painted after his death: the general had blue eyes and fair hair. ”We chose Władysław Sikorski because his remains are fairly old bones from the Second World War. It is a hard material which we can often tackle in forensics” – explained dr Branicki. He added that the scientists used the DNA taken from the teeth in which genetic material is usually preserved best. DNA samples coming from anonymous prisoners from World War II were analysed similarly.

New projects have shown that the HIrisPlex system allows to analyse even quite badly damaged bone material dating from the times of the Middle Ages. ”One sample came from the 12 th century – it was about 800 years old!”, emphasised dr Branicki. We mean the remains of the so called woman from Tyniec, burried in one of the crypts of the male monastery. ”In the place where it shuold not be, indeed.” – points out the Krakow scientist.

”Colleagues from the Institute of Anthropology of the Jagiellonian University asked us to confirm the suppositions that this is a female skeleton. We applied genetic methods which proved it. At the same time we managed to reveal that the mentioned woman was brown-eyed and her hair was brownish or dark blond – the expertt said.

In dr Branicki’s opinion, the new system of analyses might turn out appealing to archeologists, but like all genetic methods,  it is too expensive so as to become a common tool in archeology. Scientists have no doubts, however, that it will be more and more popular in forensics. What is more, owing to the development of science, besides the colour of eyes and hair scientists may also be  able to recognise skin complexion and craniofacial build. Most likely also age and alopecia, which are predominant traits  most frequently mentioned by witnesses describing a criminal.

The end of the quote