How the Sun helped Scolotians enter the White Land 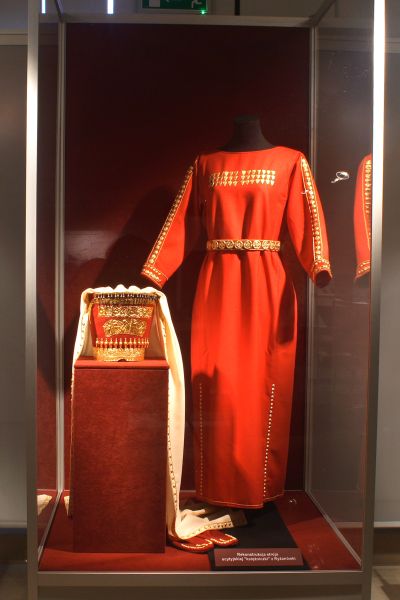 The costume of the queen or of the princess (kagan-prince’s wife) of Scolotians (Scyths) of Ryżanówka – the Archaeological Museum in Krakow. The shape of the coronation cap draws attention – the same shako (Polish czako) was worn by robbers near Kraków from the Mountains of Harowie-Harnasie – Karniosie, in other words Karopanowie – and among them was Janosik.

The article quoted by us below is very superficial because it was supposed to be popular. It was released long ago, in 2005, but it contains accurate (though too one-sided and narrow) justification for the rapid development of the region of Siberia – precisely by the example of the Valley of Tuva. One can agree with the proposition that the climate change of a global character in 850 BC caused the demographic development of the region of previously dry and semi-arid areas. However, we need to bring this text to constructive criticism, which at the same time will show how our Four-Volume Book and the Slavs’ Historic Tales (Baje) are being made. 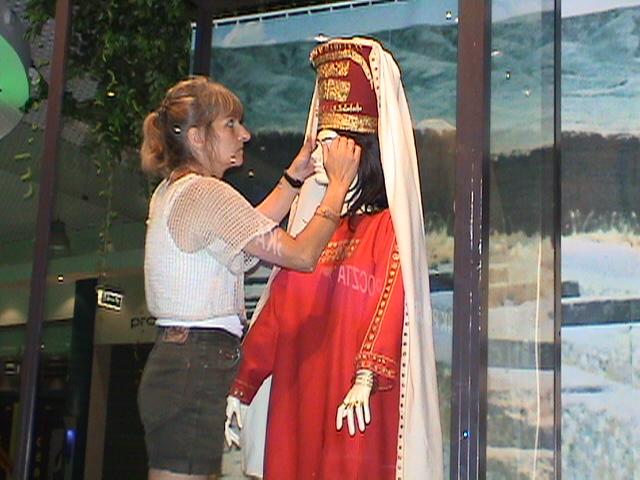 Preparing the Princess of Ryżanówka for an exibition in Bytom. Scolotian farmers looked so, the ploughmen recorded by Herodotus. The tomb and its treasures are dated to 400 BC.

Simple theses are made and simple sensational solutions are given in the article, so simple that they make the impression of being far-fetched and assigned to a premise adopted in advance.
If the authors of the article had not been looking so narrowly at the world – in terms of an exclusively adopted hypothesis and had not limited themselves to the point of view through the perspective of their specialisation in the “Scythian” subject, they – moving a step farther in their thinking – would have also had to state that it was all right that at the same time Celts from the coastal areas of the Netherlands emigrated to the east – where there was still a place, and that also Wędowie (Wenetowie – Veneti ) from the plains emigrated to the east and south – where the marvellous climatic conditions started to be.

END_OF_DOCUMENT_TOKEN_TO_BE_REPLACED

Today, instead of a lengthy article with explanations, I will provide you with a few bizarre maps from which something may result or not. Their oddity is that they show specific straight lines joining distinctive points of Earth. These are the lines that run over long distances and as a matter of fact, cross the spots that are significant to the Faith of Nature and the spots of their peculiar character (as, for instance, the Pyramid of Cheops), or specific geographical points. 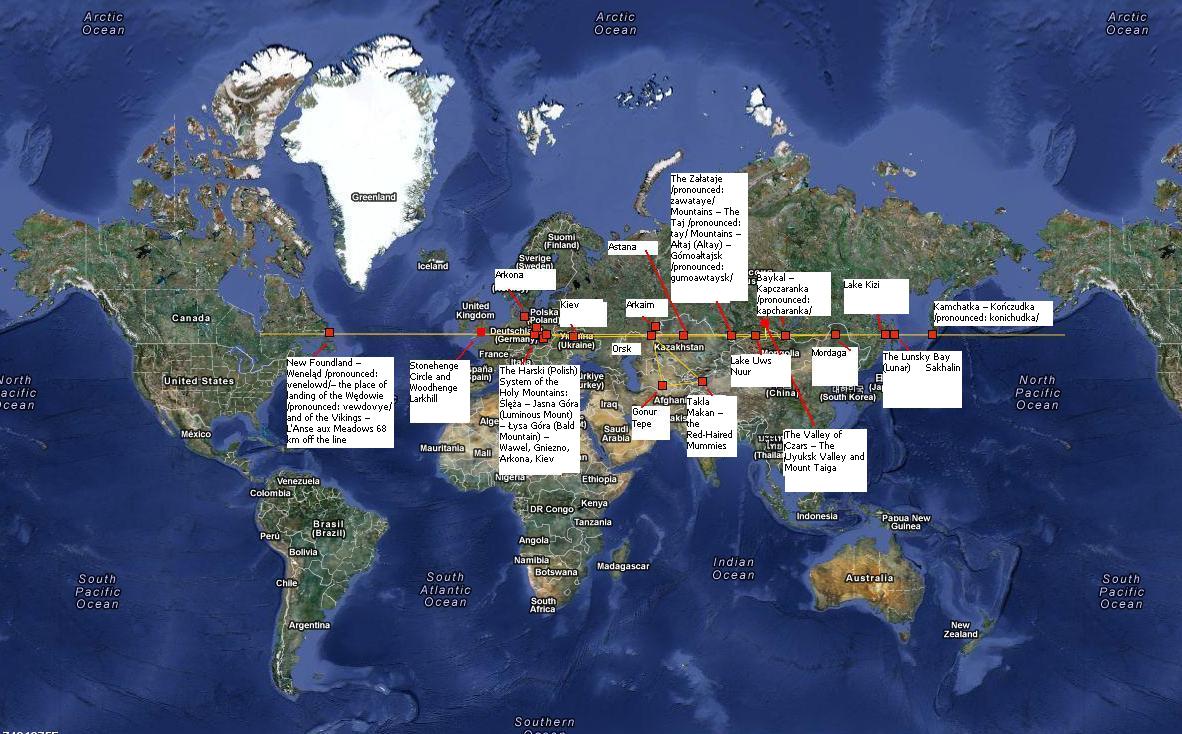