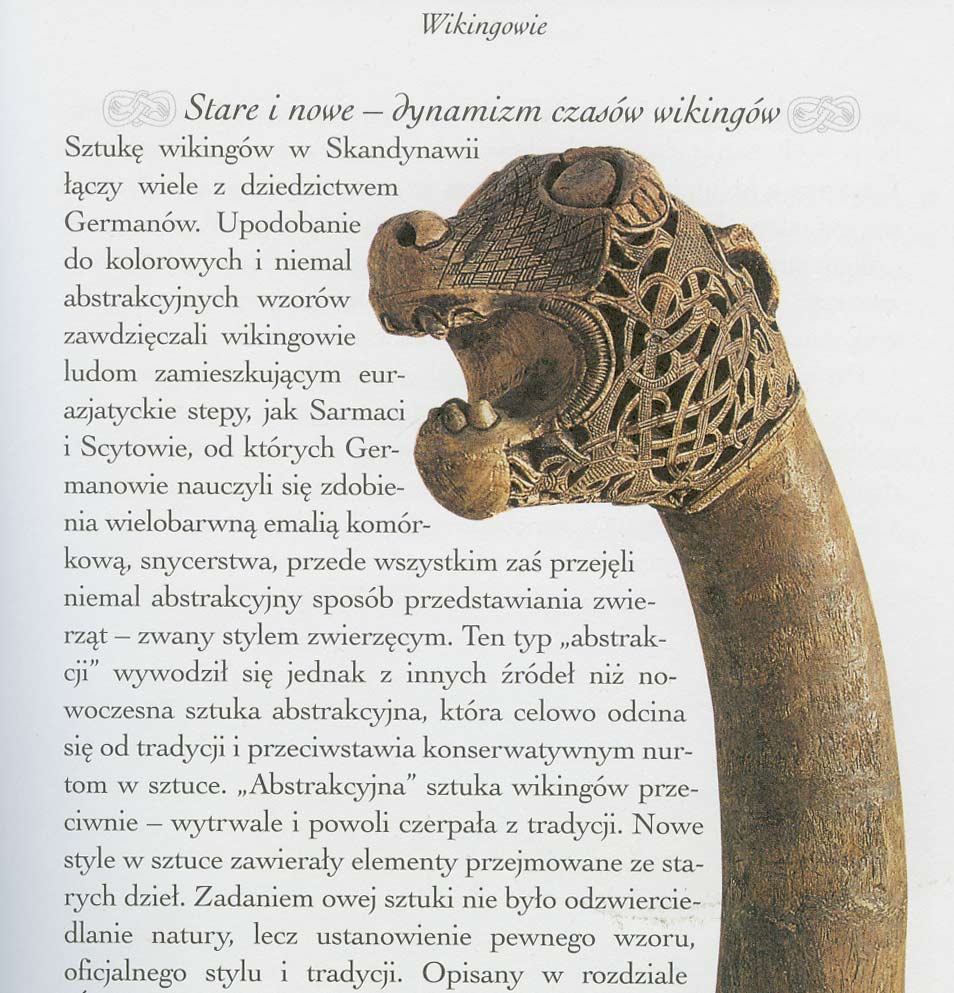 Old and new – the dynamism of the Vikings’ times

The Vikings’ art in Scandinavia is much linked with the heritage of Germanic peoples. The Vikings owed liking for colourful and nearly abstract patterns to nations  inhabiting Eurasian steppes, like Sarmatians and Scyths from whom Germanic peoples learned to decorate with cloisonne enamel, carving and, most of all, they took over an almost abstract way of presenting animals from them – known as the animal style. This type of abstraction, however, derived from other sources than the modern abstract art which is purposefully cut off from tradition and opposed to conservative art trends. On the contrary, the Vikings’ ”abstract” art persistently and slowly drew on the tradition. The new art styles contained elements taken over from old art works. The aim of the new art was not reflection of nature but arranging of a certain pattern, an official style and tradition. Described in the unit…

Everything is believed to originate from the West – either from Ancient Rome, or from England, France, Germany – in the contemporary times. Yet, there is another ,100% true statement that the deepest depth of wisdom was placed in the Middle (in Kitai, Kutai, Czytaj <j = i>, in English pronunciation: ”China”) and it was Scolotians, Serbomazowie, Mongols, Slavs as well as Persians,  Windowie, and later on Turks  (when they had already formed apart).

Above is a small extract as a proof of that flux – the knowledge coming from Scolotia  to the ancient Scandinavian tribes that after moving from Scandinavia on to the Land and intermingling with Celts and Slavs established Germania.

I received this extract from Dobrosław Wierzbowski who has already found countless details about intermingling of cultures and manifold silenced bonds.

We can see his passion even in the article included on these webpages – About the Slavic coloured eggs and their corporate Slavic-Scolotian signs which are in the  holy symbols of their common Faith of Nature.

The following extract comes from the book ”The Vikings” by Jonathan Wooding. As it can be perceived, the Vikings used Scolotian (i.e. Slavic) decoration techniques and patterns in their design utilities. They do know it better than we.

For sure, also in the 10th and 11th century, they imported hop from the Sis Kaganat (Chaganat) and learned to make good beer. Storytelling that beer came to the Polish from Germany is a typical German  blowing the trumpet by Baron Munchausen. A similar lie is that porter beer – i.e. ale – came from England with my wife’s great-grandfather Julian Pagaczewski I. Ale was brewed in Slavic territories (in Great Scythia and later on in Great Sarmatia) as early as about 2000 years before Christ. In the 19th century, Julian Pagaczewski brought from London just the technology for the manufacturing process of porter beer brewing and as the first he used it in his own Brewery Pod Machina, opposite the Kraków Barbakan. 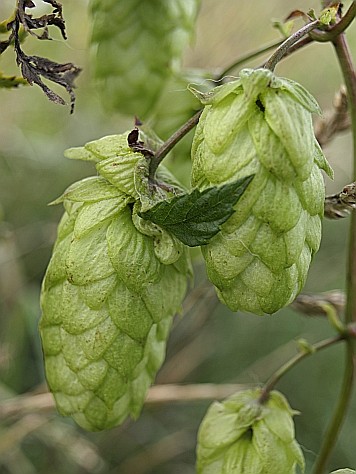