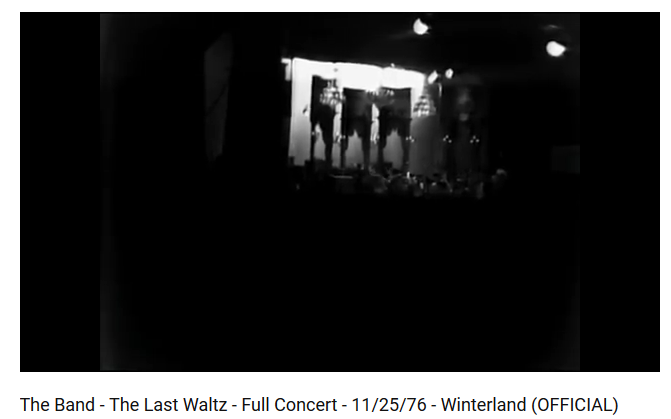 The Last Waltz is a triple album by the Band, released on Warner Bros. Records in 1978, catalogue 3WS 3146. It is the soundtrack to the 1978 film of the same name, and the final album by the original configuration of the Band. It peaked at #16 on the Billboard 200.

The triple-album documents the Band’s „farewell” concert which took place at Bill Graham’s Winterland Ballroom on Thanksgiving Day 1976. The event included an actual Thanksgiving dinner for 5000 attendees, with ballroom dancing and a stage set for La Traviata borrowed from the San Francisco Opera.[4]

The concert featured songs by the Band interspersed with the group backing up a variety of musical guests. These included many with whom they had worked in the past, notably their previous employers Ronnie Hawkins and Bob Dylan. Van Morrison, a Woodstock neighbor, had co-written and sung on the track „4% Pantomime” for the Cahoots album. Individual members of the Band had played with the invitees on the following albums: in 1972 with Bobby Charles for his eponymous album; in 1973 with Ringo Starr on Ringo; in 1974 with Joni Mitchell on Court and Spark and with Neil Young for On the Beach; in 1975 with Muddy Waters and Paul Butterfield on The Muddy Waters Woodstock Album; in 1976 with Eric Clapton on No Reason to Cry and with Neil Diamond on Beautiful Noise.

Sides one through five of the album consisted of songs taken from the concert. Side six comprised „The Last Waltz Suite,” new numbers composed by Robertson and performed by the Band on an MGM soundstage.[5] The suite featured Emmylou Harris and, on a remake of „The Weight,” Roebuck and Mavis Staples. The music received overdubs at Village Recorders and Shangri-La Studios in post-production, owing to faults recorded during the concert.[6]

On April 16, 2002, a box set reissue of the album arrived in stores, including everything released on the original with additional tracks taken from the concert.

The performance of „Helpless” by Neil Young features backing vocals by Joni Mitchell; Paul Butterfield plays harmonica for Muddy Waters on „Mannish Boy;” Dr. John plays congas on „Coyote” and plays guitar on „Down South in New Orleans;” the entire ensemble sings back-up on the closer, „I Shall Be Released.” 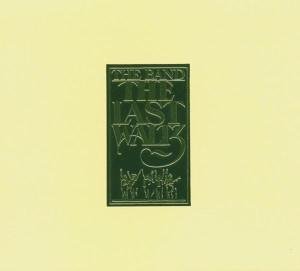