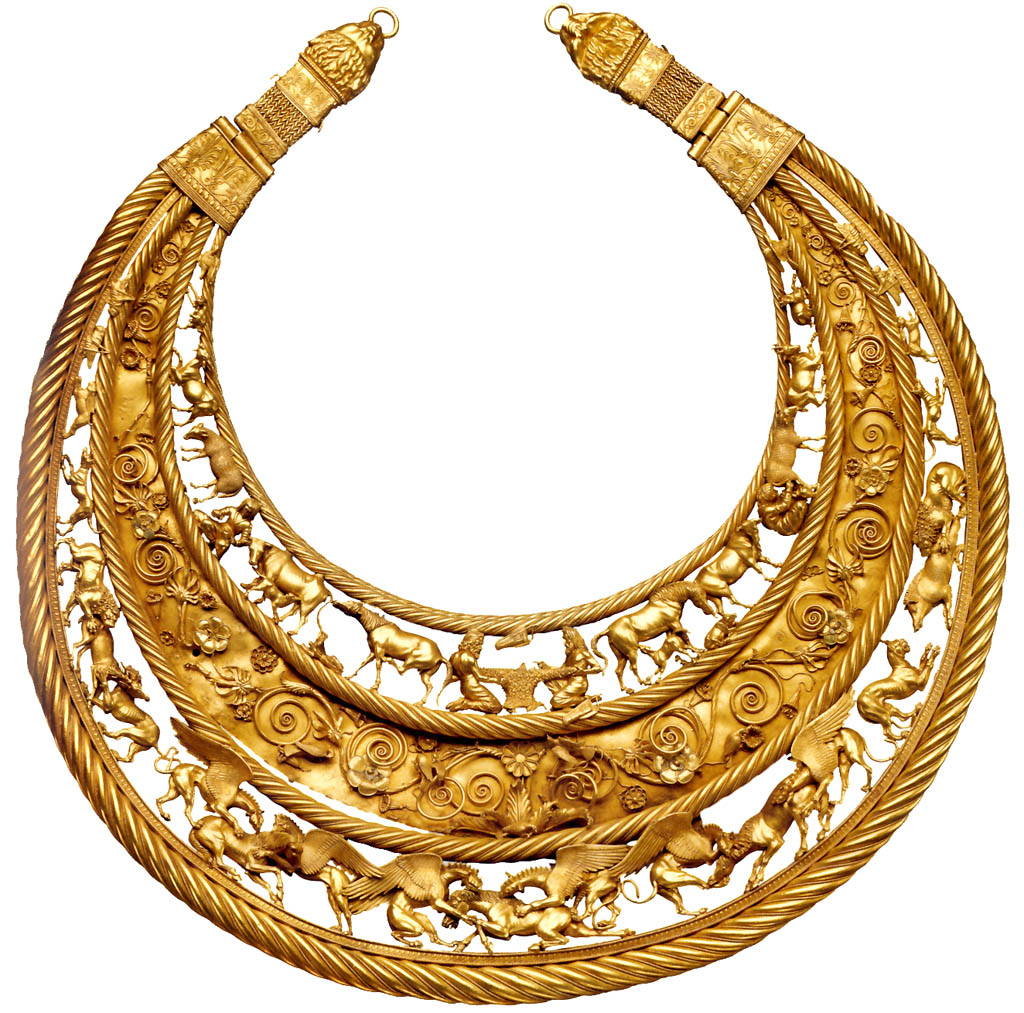 This is our ancestors’ – Scyths’ – ancient art – indeed.

Here, we quote Adam Smoliński’s entry from under the article about Viper Embankments (Żmijowe Wały) and Viper Boroughs (Żmigrody) as once again it turns out to be serious for various general discussions. In the text, among other things, we will focus our attention on whether any historians seriously wonder how possible it was that, and what the reason was for which the Romans did not move farther than the Danube, and the Persian kings – Darius and his successors, or Alexander the Great of Macedonia did not cross the border of the Danube – Caucasus, either, and if they had already done so, they were simply defeated either by Tomirysa-Tamara, or by other Scyths. We write extensively about it in the Book of Rue, and here we are just making a remark about it, which we believe should have made researchers consider for a long time.

It was Scyths-Slavic-Indo-Iranians who ruled the Medes and the Medes ruled Persians, and

when the Persians got free and wanted to attack the Scyths, they were defeated, and Cyrus’s

head bathed in its blood, in a sack (leather bag), cut off by TAMARA – Tomirisa – the queen 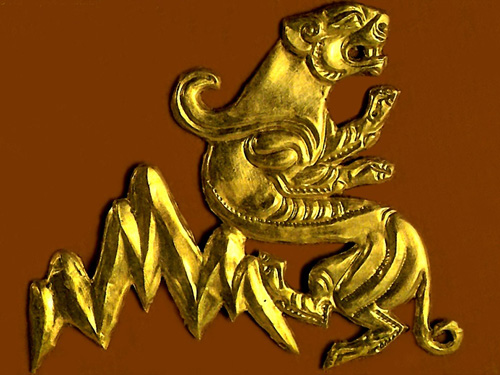 Also here there is a link to a good article „All the truth about the Wawel Dragon”, which continues the issue of the Slavic-Scyths’ relationships. Author: ERBA.

It is really a good and complex article, although it does not take into account the fact that the Scyths mean the same as the Slavs – they are the Slavs’ ancestors who Persia was very scared of and never took their land. Those who know ancient history are familiar with that. Those who know it poorly, should really read the book of Rue as because it is a version of the Greek myths in reverse –  from the point of view of the Scyths (the Slavic-Indo-Iranians) – of our ancestors. Judea called them a brood of vipers, the greatest enemy of their god –  Yahweh (which is written in the Bible). In this context it is puzzling that Christianity made up satan from Luciferus – the Light of the World (Światło Świata – Światłowit).

River dating from 3000 BC. The Slavic tribes, among them Lęgowie-Lęchici (Lugiowie) and

Harowie (Harwaci – Harwatos) did fight with Celts and Rome, though it was laughed at by

pseudoscience that arose after the annexation of Poland’s territories, and by hordes of their

followers from the XX th century (A. Bruckner and other enlightened though wandering,

along with deeply affected by the Marxist materialism K. Godłowski). Now we have the XXI

take into account the genetic knowledge, but only linguistic.

Yet, we have lived up to the first scientific studies concerning the name and mythological relationships between Wawel Castle and the Tower of Babel or between Krak Krakus and Persian Cyrus. I can see that researchers from respective institutes of Jagiellonian university are at last beginning to advance with their fresh concepts. We had to wait nearly 40 years to develop Maria Składankowa’s thought from Iranian Mythology, but we have lived up to that. 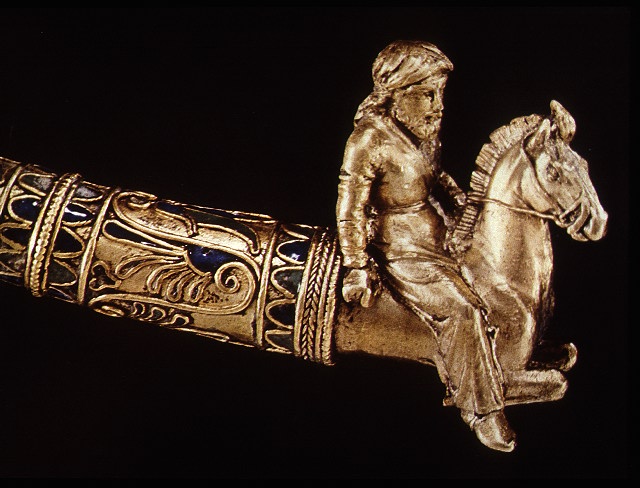 Here are links to Piotr Makuch’s scientific work printed out in AlmaMater:

It is a pity, however, that the author’s thought did not go in two ways –  also to read as a proper connotation: Wawel-Wąwel (W ową Wel) i Wawel-Wel-Wela (Zaświaty Słowian – Slavic Afterlife ). Well – in order to do that one needs to know Slavic Mythology and comparative anthropology about the ritual of rebirth by going down the vaults, to the Afterlife, from the top of the mountain to a cave. The Wawel cave is rarity – with entrance from the top of Welska (Szklana – Glass, Onawielna) Mountain  – into Wawel and to Welskie Nawie, and exit from the cave straight in Naw Założna –  Wodna (Water), into the Vistula water, and sometimes the exit was just under the water. The system of the caves under the mount, as ERBA writes, was once vast, they are walled, and one of the vaults from this system is placed in a crypt with the stone of Chakra.

To know that we would need to have knowledge of shamanic rituals as well. But we are not fussy – we are happy and we thank.

We thank Piotr Makuch for the articles above, and on this occasion we also thank Scott Simpson – the organiser of pagan scientific conferences in Krakow (under the patronage of Jacek Majchrowski) – for continuous activity for paganism, but first and foremost for carrying out reliable research on the innate faith – the faith of nature – in the community of Krakow AlmaMater.
CB 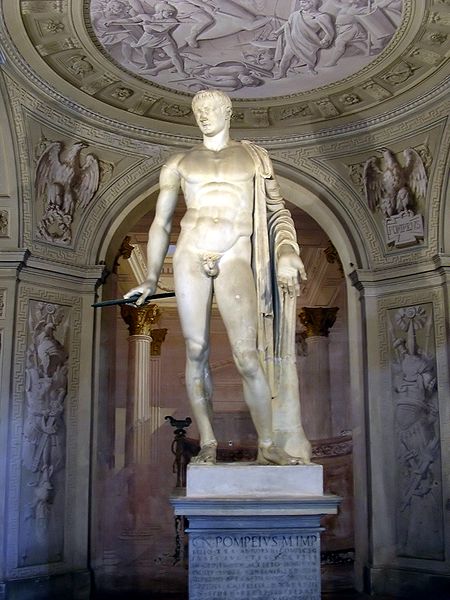 Gnaeus Pompey the Great (Gnaeus PompeiusMagnus), a great enemy of Julius Caesar, an excellent Roman leader – Why was such great power scared of going beyond the Danube – Was it enough for them to be in trouble with Thracians, that is to say with Scyths-Thracians – in other words with Slavic-Illyrians (1a + I2) so as –  also using records of chronicles of the Greeks about the Amazons and other kings of Scyths and Sarmatians – to abandon such an attempt?

Adam Smoliński – Why did the Romans find it so hard to cross the Danube?

In this article about the Viper Embarkments, I would like to mention another name relating to the Fiery Viper. It was a kind of battle tactic led by Slavic tribes. The Fiery Dragon means the Fiery Viper. One of the methods of Slavs’ tactical fight was a night riding attack with lighted torches. Most peoples of ancient Europe, different from Slavic peoples, led their battles during the day. A night attack was always a bewilderment to them. They rather could not fight at night. The Slavs made up special groups of warriors trained only to fight at night, dealing a decisive blow and ending the battle at night. The tactic was famous among other European peoples.

It was terrifying for them. They imagined the attacking Slavic warriors as demons against whom they had no defense. Is it likely that information about dragons blowing with fire in fairy tales and legends of other tribes comes from this? It is also possible that the Slavic warriors used flamethrowers during battles. They must have known the properties of oil which was to be found in natural puddles in the Bieszczady Mountains still in the times when Łukasiewicz lived. Maybe so called ”Greek fire” was not the Greeks’ invention at all, was it? Another tactic was to simulate escape from the battlefield, and thus drawing in a pre-planned ambush. Many armies were taken in by this trick done by Slavic warriors, even in the XX th century. The echoes of the Fiery Dragon and terror it induced can be seen in the film „The 13th warrior”, made by John McTiernan in 1999 based on the novel of Michael Crichton – ”Eaters of the Dead”. It is not a fantasy novel, at all. It is rather a reminder of some historic facts which did not take place on the Black Sea but somewhere in north-west Europe where both Celto-Germans and Slavo-Venedi (Wądowie) met. Of course, the Slavs are shown from the point of view of the German propaganda.One can see how perfidiously we are presented as terrifying Vendols (Wendole), like rats living in burrows, eating leftovers and dead bodies of the members of our tribe –  cannibals. Showing someone as a cannibal always brings aversion, just in the way propaganda does. Well, the Celto-Germans are, of course, presented as brave and civilised heroes who will defeat repulsive Vendols.
The hostile propaganda, however, demonstrates another aspect of the matter, namely how much they must have been scared of us Slavic people that they slander us like that, it is normal in general. Some truths can be found in between the lies in the film. For example, the figure of Mokosh (Mokosz) is assigned to the Vendols, that is to the Slavs.

In all this discussion about history of Europe, among the Slavic people, Germans and Romajowie – Romani (the name Romani is a Greek equivalent of a Latin word and denotes Romans: primarily citizens of Rome and, after the Edict of Caracalla, of all free inhabitanats of the Roman empire, including Greeks/Hellenes;  between allochthonists and autochthonists, it is necessary to ask one basic question. – If the great Greeks made such a great empire and ruled Little Asia and Persia; if the great Romans who made even more powerful empire occupied north Africa, territories of today’s France, Spain, Greece, Little Asia; why did they all not cross the Danube, Caucasus and today’s Afghanistan; to the north? Why did the powerful Romans take great pains to sail across the scary trait and take rather not fertile island of the Brits? Why did they attack so called friendly Celts and Germans but they somehow did not cross the Danube although it was closer? After all, they knew that there were rich forests, green meadows and cultivable fields there. They knew well the value of amber which was often as valuable as gold. They knew where the amber was mined. They also knew that there were huge tin ore, copper, lead, iron and gold resources north of the Danube. They could be satisfied with just buying those goods. No rush made either the Greeks or the Romans go beyond the Danube River, to the north so as to join those land to the empire. I am asking why? Was the Danube a wide river of boiling lava impossible to get through? The Danube was called a limes – an impassable border. Nothing but fear seems to have been the barrier.