Veneti were the Slavs 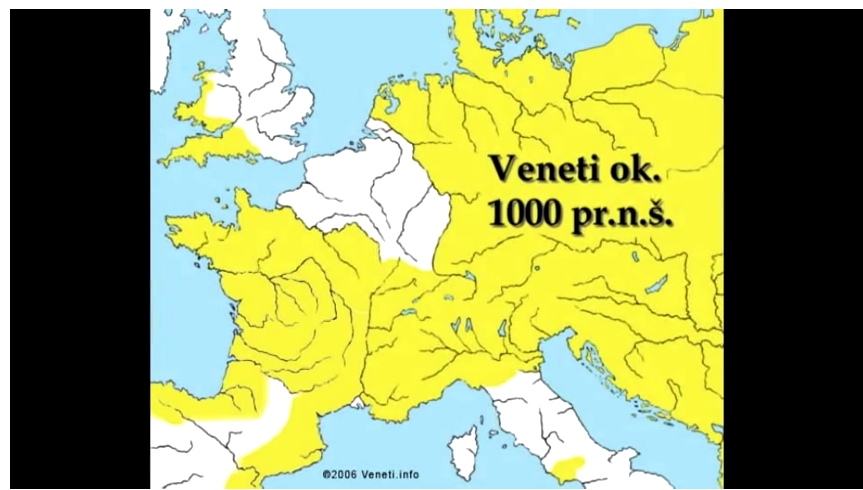 (The history of the Slavs has been manipulated) Slavic history/Slavic origin
BROTHERHOODSLAVIC
The history of the Slavs, has been manipulated by non-Slavic!
The Slavs are an ancient people with their own religion, with its own culture, its own traditions and customs …
The heart of the discussion of the Veneti (Enetoi, Venethi, Vendi) is whether they were Slavs.
after seeing the cards.
for after you?!
Studies of language have shown that it Veneti related Slavic languages​​.
Jordanes tells us, that Venethi, are like Sclavenes and Antes.
William L. Langer of Harvard University, says that: „The Slavs, were known to the Roman and Greek writers of the first and second centuries AD under the name Venedi, as inhabiting the region beyond the Vistula …. during the first centuries AD, the Slavs expanded in all directions, and by the sixth century, when they were known for the Gothic and Byzantine writers Sclaveni that, they apparently already been separated into three main divisions: … „
„deepen research and see for yourself! „
SLAVIC FAMILY
Slavic brotherhood for life !
SLAVA !
Before 1200 BC, the data from the Trojan War, the Enetoi, mentioned by Homer [Homer] and later by Strabo [Strabo] and other ancient writers, lived in Troas [city / region near the former Troy] and Paphlagonia. They descend to Dardanus [Dardanelles or Hellespont], Ilus [Ilium or Troy] and Pilemen which manifested itself in connecting western regions of Asia Minor to Thrace and Illyria.
1200 – VII century BC After the fall of Troy and the Hittite Empire Enetoi led by Antenor first moved to Thrace and the northern coast of the Adriatic. Members of the tribe of fellow Enei (Aeneas) [Aeneas], the main hero of the „Aeneid” [Aeneid] by Vergilius [Virgil] and the legendary founder of Rome, have colonized the western part of the Apennine peninsula. The civilization of Ethruscs [Etruscans] also appeared in this field. At the same time there was a migration to Paphlagonian Enetoi Urartu, which included the Kingdom of Van.
VI – I centuries BC After the fall of the dynasty of the Ethruscan Tarquin [Etruscan] center moved to the area Ethruria [Etruria]. In this period the Adriatic Venice, described by many authors, including Herodotus [Herodotus] and Tacitus, witnessed a formation of the union of the cities with the business grows and culture. The Adriatic Veneti began to follow the Amber Route alongside many others. Road leading from the Mediterranean to the Baltic Sea and the Alps by Noricum in particular.
I – IV AD The Veneti occupied a vast territory: Central Europe (evidenced by Pliny [Pliny], Ptolemy [Ptolemy], Julius Caesar) to the northwest coast of the Baltic Sea, which was called by the Venetian contemporaries. To the east of the Danube, in this time period there was the tribe of Antes, who was related to the western Veneti according to the Goths historian Jordan. The Antes moved from the Southern Bug in mid-term review of the Dnepr [Dnieper].
V – VI century. Involved in the total movement of the Barbarians (Alans and Huns) and in union with the related Slavic tribes (Sclavens), they introduced into the Roman Empire. They subjugated Illyricum, Northern Italy and conquered Rome. These events are described in detail by Procopius and other Byzantine historians. The tribe of the Vandals, and vendi related to Antes and led by Slavic and Germanic chiefs, moved further west, past the military action across Spain and founded the kingdom of the Vandals in North Africa.
VII – IX c. The Slavs, called Veneti, Vendi or simply Veni by Germans and Finns, set up their own cities and principalities on the vast plains of Europe: alpine meadows along the Danube in the forests and steppes of the plain Eastern Europe. The alliance of state Karantanians [Carantanians], controls [Czechs], Moravians [Moravians] and Sorbs (in the middle of VII century) headed by the leader Samo was Slavic in nature and disintegrated under the onslaught of Germans. The Baltic Slavs headed by Varangian Rurik imposed their authority in Novgorod and Kiev Russia inhabited by Slovenians, Polens the Krivichi the Vyatichi and other related tribes.
X – XII c. The civilization of the Veneti also developed on the south coast of the Baltic inhabited by Pomors (Pomerans) [Pomeranians] Varii and Rugi. It became the great religious centers (Arkona, Rhetra) and commercial cities as flourishing Volin (Vinetta) Stargrad, Szczecin. The whole region became known as Vindland. The Pomorian [Pomeranian] Veneti had constant wars with the Germans and it won the victory over them and destroyed their Slavic towns. Veneti are not modern Slavs but our ancient ancestors. And it is they whose genealogical line of rods Slavs in appearance metahistorical.
Podziel się!
Ładuję komentarze...